At the start of the tax year, the Revenue Commissioners will send you a Notice of determination of tax credits and standard rate cut-off point. This shows the rate of tax that applies to your income and the tax credits that reduce the tax payable. Revenue will also send a summary of this certificate to your employer so that your employer can deduct the correct amount of tax. If your circumstances change during the year, Revenue will issue a revised certificate.

In 2020, the standard rate cut-off point for a married couple or civil partners is €44,300. If both are working, this amount is increased by the lower of the following:

Tax credits reduce the amount of tax that you have to pay. Tax credits are deducted after your tax has been calculated and so a tax credit has the same value to all taxpayers.

After your tax is calculated, as a percentage of your income, the tax credit is deducted from this to reduce the amount of tax that you have to pay. So, a tax credit of €200, for example, will reduce your tax by that amount.

You may be entitled to various tax credits depending on your personal circumstances. You can get more information about the different types of tax credits and reliefs and the tax reliefs available for people with disabilities. If you are entitled to tax credits that are not listed on the tax credit certificate that you get from Revenue, you should contact Revenue to inform them.

Tax allowances reduce the amount of tax that you have to pay. The amount by which a tax allowance will reduce your tax depends on what your highest rate of tax is. This is because the allowance is subtracted from your income before it is taxed. In effect, it is ‘taken off the top’ of your income which can then be taxed at either the standard rate or the higher rate, depending on your income level.

When your employer is taking allowances into account in calculating your income tax, the way that this is done is by adjusting your standard rate cut-off point.

Allowances at the marginal rate include:

Before calculating your income tax, subtract the following from your income:

Your taxable pay is then taxed at 20% of income below the standard rate cut-off point. The amount in excess of the cut-off point is taxed at 40%. This gives your Gross Tax.

The value of your tax credits is then subtracted from this to give the amount of tax that you have to pay.

Tax allowances have the effect of:

This ensures that relief is obtained in full at the higher rate of tax if applicable.

Benefits in kind and non-PAYE income have the opposite effect:

If you are married or in a civil partnership, this may affect your tax bands and tax reliefs. More information can be found on our document Taxation of married people and civil partners.

You can find Revenue contact details for your region here.

Income that is assessed for tax

Under the PAYE system, income tax is charged on all wages, fees, perks, profits or pensions and most types of interest. Tax is payable on earnings of all kinds that result from your employment (including for example, bonuses, overtime, non-cash pay or ‘benefit-in-kind’ such as the use of company car, tips, Christmas boxes and so forth).

Income that may be exempt from tax includes the following:

If you are on low pay you may not be liable to pay any tax because your tax credits and reliefs are more than or equal to the amount of tax you are due to pay. (There is no income tax exemption for low income earners under 65.)

You are completely exempt from income tax if you are over 65 and your income is below certain limits. Revenue provides information on Tax Exemption and Marginal Relief which details available exemption limits and tax relief. If your income is over the limit, then you may benefit from marginal relief.

Some work expenses can be deducted from your income before it is assessed for tax. To qualify, the expenses must be necessary in order to do your work and must have been spent entirely for that purpose and no other. 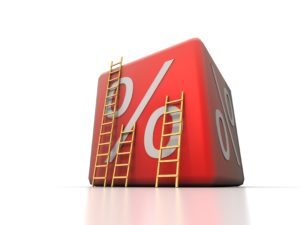 Translate this page
Go to Top